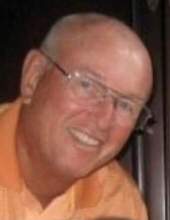 Robert Donovan Smith, 78, died Thursday, November 19, 2020 at Owensboro Health Regional Hospital. Bob was born on March 19, 1942 in Owensboro to the late Bernard Joseph Smith, Sr. and Marietta Donovan Smith. He attended Owensboro Catholic High School before graduating from Owensboro High School in 1960. He attended Rockhurst College and Brescia College before earning a degree in education from Western Kentucky University, where he was a member of the tennis team. He also attended the Peabody College of Education and Personal Development at Vanderbilt University and Arkansas State University, where he served as men’s tennis coach.

Bob was a lifelong educator, teaching Math for many years at Foust Junior High School and Apollo High School, and also served as Apollo’s Assistant Principal, tennis coach, and Athletic Director. He later joined the DCPS Central Office, overseeing curriculum for Secondary Education until his retirement in 1997. In addition, he taught at Owensboro Community College and tutored hundreds of Owensboro kids in math and ACT/SAT prep.

Bob was the longtime tennis pro at Owensboro Country Club and was active in the Owensboro and Kentucky tennis communities throughout his life. He was also a member of First Presbyterian Church and the Owensboro Ballroom Dance Club.

In addition to his parents, he was preceded in death by his daughter, Stephanie Smith, in 1992 and his beloved aunt, Marjorie Cirrincone, in 2013.

Bob’s greatest source of pride was his family, and he was devoted to his daughters Debbie and Stephanie. In the 1970s and 80s, he became a staunch advocate for Stephanie and other children with special needs. He enjoyed watching Laurie play basketball at Apollo and later for Western Kentucky University. He watched all seven of his grandchildren participate in numerous sporting events. Later in life, he loved spending time in the warm Florida sunshine each winter as he and Jane travelled across the state to visit longtime friends and play tennis. He was excited about his granddaughter Sammie’s recent engagement and was looking forward to being a great-grandfather to Drew and Katy’s baby next May.