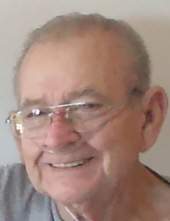 Robert "Bob" Newton, Jr., 79 of Owensboro is now at peace and went to be to be with the Lord on Friday, February 26, 2021 at his home. He was born in Owensboro on April 21, 1941 to the late Robert Griffith Newton and Mary Marsh Newton. Robert owned and operated Newton's Tree Service and was a member of Immanuel Baptist Church. He enjoyed watching westerns and going hunting and fishing. In addition to his parents, he was preceded in death by a great-granddaughter, Kennedy Grace Briggs.
Survivors include his wife of 60 years, Laura Fulkerson Newton; his children, Holly Lynn Newton (Jess), Robert Glenn Newton (Kelly) and Troy Lee Newton (Angie); six grandchildren, Jeffrey Likens, Jr. (Amanda), Jenae Briggs (Kevin) Robbie Newton, Jon Newton, Colton Newton and Jack Newton; four great-grandchldren, Wyatt Likens, Gemma Likens, Kit Briggs, and Kensi Briggs.
Funeral services will be at 12:30pm on Tuesday, March 2, 2021 at James H. Davis Funeral Home & Crematory. Burial will follow in Elmwood Cemetery. Visitation will be on Tuesday from 11:00am until 12:30pm at the funeral home.
The number of those attending the visitation and service shall be within the current health and safety directives. Family and friends shall wear personal protective masks.
Expressions of sympathy may take the form of donations to Hospice of Western Kentucky, 3419 Wathens Crossing, Owensboro, KY 42301.