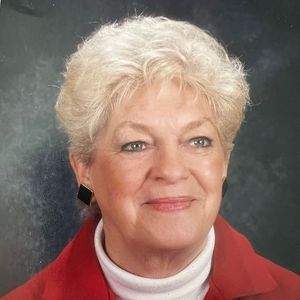 Elwanda Rose (Southard) Nelson, 86, of Owensboro, passed away on Friday, March 25, 2022 at her home while under the care of Hospice of Western Kentucky. She was born September 14, 1935 in McHenry to the late Lewis and Winnie Kirtley Southard. Elwanda was retired after 33 years as a lunchroom cook for the Owensboro School System having worked at Seven Hills Elementary School. She loved spending time with her family, camping, and playing bunco. She also enjoyed listening to music and singing and the many vacations she went on.

Surviving are two daughters, Robin Nelson and Vickie Nelson, both of Owensboro; a special family friend, Donald Hayden of Indianapolis; numerous nieces and nephews that she loved, and many beloved friends.

The funeral service for Elwanda will be Noon Tuesday, March 29, at Glenn Funeral Home and Crematory. Burial will follow in Rosehill Cemetery. Visitation will be from 9 AM until Noon Tuesday at the funeral home.

Memorial contributions may be made to the Owensboro-Daviess Co. Humane Society, P. O. Box 1075, Owensboro, KY 42302. Memories and condolences to the family can be shared at www.glenncares.com.