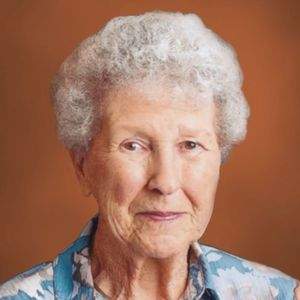 Ruth Snyder Russell, 92, of Owensboro, passed away Friday, September 3, 2021 at Hermitage Nursing and Rehab. The Petersburg, Indiana native was born October 14, 1928 to the late Hobart and Ida Cannon Cox. Ruth attended business college and worked as a Systems Analyst for Texas Gas until retirement in 1982. She was a member of Good Shepherd Church and the Yellow Banks Ladies Club of Owensboro. Ruth was an intelligent, quiet, and witty person who could also be a firecracker if provoked. She was also very nurturing and generous as she raised her family and cared for many others. As a good southern cook, she was known for her delicious fried chicken.

In addition to her parents, Mrs. Russell also was preceded in death by her husband, Parvin Snyder in 1996 and a brother, Albert Cox.

The funeral service will be 2:00 pm Tuesday at Glenn Funeral Home and Crematory with visitation from 12:00 until time of service. Burial will be in Rosehill Cemetery.

Expressions of sympathy may take the form of contributions to Good News Jail and Prison Ministry, 3337 KY-144, Owensboro, KY 42303.

Memories and condolences for the family of Ruth Snyder Russell may be left at www.glenncares.com