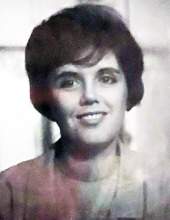 Shirley Ann Smith Rhodes, 80, transitioned to Heaven Saturday, October 30, 2021. She was born June 16, 1941, in Owensboro, Kentucky to the late Rev. Oscar and Vivian (Turner) Smith. The sixth of their ten children, Shirley was known for her generosity, passion for Jesus, and determination to live life fully.

To know Shirley was to hear a hundred different hymns sung at top volume, and to nod along with a thousand plans for how she would advance Jesus' Kingdom through her work, all mixed together with the not-so-occasional fantastical story. Shirley never met a stranger, gave freely of all she owned, and was loved by (almost) everyone she encountered, including the untold numbers of people she personally led to a saving knowledge of Christ.

Shirley's faith kept her strong in seasons of great sorrow, including the loss of her infant twins, Larry and Barry, and guided her through one of the most remarkable life-journeys ever lived by someone from a relatively unassuming beginning.

In lieu of flowers, donations may be made to The Oasis Center or Memorial Tabernacle of Owensboro, both of which do fine work to serve the citizens of the city Shirley loved.