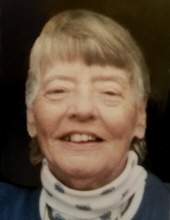 Sue Topmiller Brister, 87, of Owensboro, passed away on Thursday, July 8, 2021 at Twin Rivers Nursing Home. She was born September 13, 1933 in Owensboro to the late Victor and Ruby Mercer Topmiller. Sue retired after 35 years from Owensboro Daviess County Hospital as a registered nurse. She served as the nursing administrator at the Free Clinic in Owensboro and was a former chairman of the Volunteer Action Center. She was a member of the National Association of Orthopedic Nurses and a Kentucky Colonel. She was a member of Third Baptist Church where she taught youth groups. Sue enjoyed being Mrs. Claus for many years with her husband, Jim.

In addition to her parents, she was preceded in death by her husband James E. Brister, Jr. in 2005.

Funeral services will be at 11 a.m. on Monday in the chapel at James H. Davis Funeral Home & Crematory. Burial will follow in Elmwood Cemetery. Visitation is from 2 to 5 p.m. on Sunday and after 9 a.m. on Monday at the funeral home.