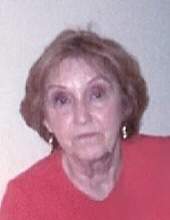 Sue Brooke Nix Ham, 88, of Owensboro, passed away Thursday, January 28, 2021 at Signature Healthcare at Hillcrest. She was born March 2, 1932 in Hancock County, KY to the late John Nathan and Mildred Harris Nix. Sue worked as a certified dietary manager in healthcare and was a member of Crosspointe Baptist Church.

In addition to her parents, she was preceded in death by her husband, Marshall L. Ham in 2015; and siblings, Beverly, Billie Faye, Joann, Johnny and Ben.

Graveside services will be held at a later date. James H. Davis Funeral Home & Crematory is in charge of arrangements.