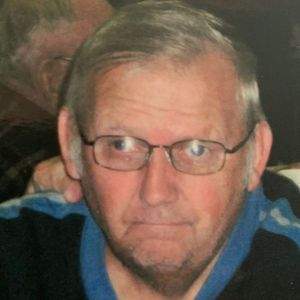 Terry Lee Mattingly, 69, of Owensboro, passed away Wednesday, March 16, 2022 under the care of Hospice of Western Kentucky and has been reunited with his mother once again. He was born August 16, 1952 in Owensboro to the late Kearney R. and Anna Sue Potts Mattingly. Terry was a member of Lewis Lane Baptist Church and had worked for the Messenger-Inquirer for many years. He was a graduate of Owensboro High School and was an avid Nascar and U.K. basketball fan. Terry loved his family very much especially his nieces and nephews. He also loved Diet Pepsi, Little Debbie nutty bars, and frosted strawberry Pop-Tarts. Terry was always a real fighter through out his disability and had a great memory.

Funeral services will be Noon Monday, March 21, at Glenn Funeral Home and Crematory with burial following in Elmwood Cemetery. Visitation will be from 9 AM until Noon Monday at the funeral home.

Terry's family would like to give a special thanks to Hospice of Western Kentucky and the staff at the Heartford House for all the love and compassionate care they gave him.

Memorial contributions may be made to Hospice of Western Kentucky, 3419 Wathens Crossing, Owensboro, KY 42301. Memories and condolences to the family can be shared at www.glenncares.com.