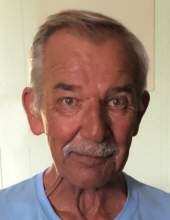 Thomas Forsythe, 63, of Owensboro, passed away Wednesday, September 22, 2021 at Deaconess Midtown Hospital in Evansville, Indiana. He was born November 10, 1957 in Muhlenberg County to John Thomas and Nancy Aline James Forsythe. Tommy retired from Yager Materials as a truck driver.

He was preceded in death by his father, John Thomas Forsythe; and brother, Anthony Lee Forsythe.