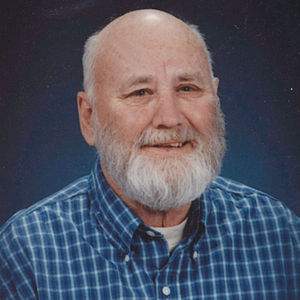 Thomas Elmo "Tom" Foster, 85, of Owensboro, passed away on Thursday, April 30, 2020 at the Carmel Home. He was born to the late Elmo and Mable LaFlamme Foster on March 25, 1935 in Daviess County and grew up on Jack Hinton Road in Philpot. Tom graduated from Daviess Co. High School in 1953 and was a faithful member of Blessed Mother Parish his entire adult life. Tom was also preceded in death by two sons, Michael Foster and John Allen Foster, a sister, Ann Payne, and a brother, Ed Foster.

Tom married Janice Welsh and they had six children. He became an electrician and formed and operated his own family electrical company, Foster Electric, for many years. His daughter, Karen, son, Mark, grandson, John, and nephew Dallas operate the company today.

Tom was an athlete, ran marathons, and did many long bike rides and events. One of his proudest achievements was his completion of the Boston Marathon in 1980. He enjoyed walking, biking, listening to bluegrass music, and spending time with his family. Tom was a big Chicago Cubs fan and looked forward to cheering his Kentucky Wildcats on every year in the March Madness basketball tournament.

There will be a drive-through visitation for friends from 10:30 AM until 12:30 PM on Monday May 4th. In compliance with health and safety directives, services for Mr. Foster will be private. Burial will be in Rosehill Cemetery.

Memories and condolences to the family of Tom Foster can be shared at www.glenncares.com.