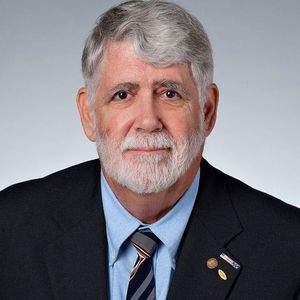 George William Brooks, 81, of Orlando, Florida, formerly of Owensboro, passed away Thursday, March 24, 2022, in Orlando. He was born in Owensboro to the late Frank and Martha (Wood) Brooks. In 1960, George married Marilyn Rodgers. They shared many good years of family life and children before parting ways.

Mr. Brooks was a graduate of Kentucky Wesleyan (BS) and North Carolina State (Master's in physics). He served as a Missile Engineer with Lockheed Martin for 35 years combined. He also spent a decade traveling the world overseeing missile tests with America's allies.

George was granted eight patents for various aspects of missile systems. He was inducted into the Inventor's Hall of Fame, which is reserved for people with five or more unique patents. Mr. Brooks retired in 2015.

George Brooks was an avid duck hunter, belonged to Ducks Unlimited, and especially loved hunting with his friend of many decades, Bob Hoak. They were particularly fond of hunting in Arkansas.

He was preceded in death by a daughter, Kelli Jo Brooks in 2016.

A graveside service will be held at 11:00 AM, Monday, April 4 at Rosehill Cemetery.