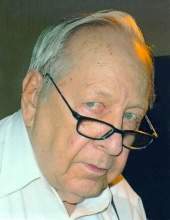 His most rewarding accomplishment was successfully earning an Amateur Radio • License, W4LHM, issued in 1943, during World War II. The license was difficult to get because there was a 13 word per minute telegraphy requirement and he was age 15.
He was a member of ARRL (American Radio Relay League).

He served as a member of the United States Maritime Service in 1945 and in the Merchant Marine through 1947, as the Radio Officer with The Gulf Oil Company (on the tanker S.S. Gulf Maid, [built about 1918 and powered by a three cylinder triple expansion engine]) and the Lykes Steamship Company (on the S.S. Bluefield Victory). The steam Turbine burned about 325 barrels of fuel per day and cruised a handsome 17.5 knots), and on the S.S. Louise Lykes [also steam turbine, she was the next generation of cargo ships after the Victory ships, a little newer and probably a little faster].

He attended Antioch College, Yellow Springs, Ohio 1948-1950. Antioch had a work-study program which afforded him the opportunity to work for a semester at the Dayton City Planning Board, Dayton, Ohio. The Essex County Overbrook Hospital, in New Jersey, and the National City Bank at 55 Wall Street, New York City. He also attended Bowling Green Business College, in Bowling Green, KY., 1950. He graduated from the University of Kentucky, Lexington, Ky. 1952 with a degree of Bachelor of Science in Commerce. He graduated from the University of Louisville, Louisville, Ky. 1954 with the degree of Master of Business Administration.

As a member of the thespian group that was the predecessor of Theater Workshop of Owensboro, he was in "The Little Foxes." Jane Brewer was the leading lady. His role was that of a weak brother who was a very mean person on stage. His stage wife was Lillian Stevens. The group also put on the play "Harvey". He played Elwood P. Dowd. Other members of the cast were Scott Holder, Jim McCormick, and Sid Neal. Other active members of the group included John Friedman, who worked on the movie, "Gone with the Wind", Larry Hager, Donna Risley, Christine Johnson Smith (a long time member of the New York Metropolitan Opera Co.), Josephine Weil and many others. This may have been circa 1956 or 1958. He was the treasurer of the thespian group. He played Willie Lowman in "Death' of a Salesman" with the Kentucky Wesleyan Players directed by Jane Forgy.

In 1963, he helped incorporate and wrote the By-Laws for the Owensboro­ Daviess County Humane Society and acted as treasurer for a few years. Other people involved at that time were Ann Teresa Berry, Gordon Bradbury (who succeeded him as Treasurer), George Hill, Bill Oakes, Hugh Potter, and Barbara Webster.

He was active in the Community Concert which was a booking agency headquartered in New York, that sought to provide higher type cultural entertainment to smaller communities.

The civic minded local organization would sell tickets for an upcoming season and Community Concert would provide guidance and choices of available artists and groups that they represented and could be engaged for the amount of money raised. When Ron Waite was the President, the group decided they could be their own impresario and save the Community Concert fees. The group named themselves The Owensboro Concert Association.

They incorporated and arranged for the fiscal year to end on June 30th. He remained treasurer of the Owensboro Concert Association for more than a decade. Jack Campbell succeeded him as Treasurer. The River Park Center had opened and although it was considerably more expensive for them to use for a presentation than the Daviess County High School Auditorium, the Concert Association needed to move there in order to keep ticket sales up.

After the Owensboro Symphony Orchestra had been organized, it was flourishing, due to the efforts of Dr. Yarbrough and its' president, Russell Jones. After the River Park Center had been constructed, the need for a Concert Association was greatly reduced and so, in a few years, the Concert Association was disbanded and the assets (treasury) were donated to the Owensboro Symphony. He was on the Owensboro Symphony Orchestra board of directors for a few years in the early 1970s. While there, it brought Leon Gregorian in as Music Director. At that time , the musicians were volunteers. Many came at their own expense, from the music schools at Bowling Green or Indiana University.

Maestro Gregorian was very good for their orchestra because, musically, he was a strong and demanding taskmaster. If an orchestra member did not show enough commitment and/or talent he would invite them to leave. The Group began to establish compensation for the orchestra members. When he left, the budget was in the neighborhood of $30,000.00. This was made of about equal parts by ticket sales, fund raising, and State and/or Federal Art Grants.

There was less time for civic affairs after his father died in 1973, and he became managing partner and eventually the proprietor of J. S. Cottrell & Co., a manufacturer of tobacco boxes, hogsheads, and wooden crating. Although the company quit operating about 2002, it was the oldest manufacturer in the city, having grown out of the Owensboro Lumber Company, a sawmill established by his Grandfather, J. W. Cottrell, about 1885. The company still exists because it owns real estate and a few tangible assets and still files tax returns with the state and federal governments.

As a child, he was sent to Sunday School at the First Baptist Church, and joined the church. He took a great deal of pride in the knowledge that his great-great-grandfather (Reuben Cottrell) was one of its founders and was their first preacher. He strived to be a good church member and a good citizen. He faithfully tithed and generally took his church membership seriously. Eventually the wars and schooling took him away from Owensboro and fervor for the church drifted away.

Upon his interment, if there are enough people present to support an audience, and someone feels inclined to say anything, he would be surprised and pleased were he alive to enjoy it, but he leaves no emolument to assure this end.

Graveside services will be at 11 a.m. on Friday at Elmwood Cemetery with military honors. James H. Davis Funeral Home & Crematory is in charge of arrangements.