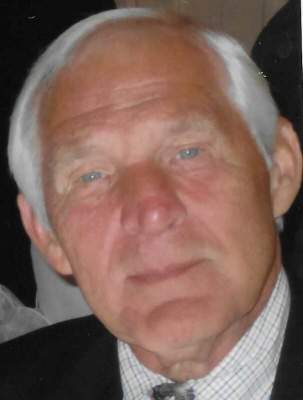 William Andrew Mischel of The Villages, FL, passed away July 8, 2020, after a short but fierce battle with cancer.  Known to everyone as Bill, he was comforted by his loving wife of 59 years, Jane, and daughter, Megan, who remained vigilant at his side during his final days.

Bill was born in Owensboro, KY in 1939 to Lucille and George Mischel and was the third of six children including Patty, Judy, Rose Marie, Bobby, and Jeannie.  Bill graduated from Owensboro's Catholic High School in 1957 where he was a standout student and member of the football team.  Bill went on to attend the University of Kentucky, was a member of the PHI DELTA THETA  fraternity, and graduated in 1961 with a degree in chemical engineering.

Bill married his high school sweetheart, Jane Wimsatt, in 1962 and the two followed a progression of career advancements and relocations, settling as longtime residents of Acton, MA where they would raise their family. Bill was a competitive bridge player, avid tennis player, and sportsman who enjoyed working out, jogging and following his own kids' athletics.  After 30 years in chemical engineering, Bill made a lifestyle change turning a passion for woodworking into a career as owner and president of Forester Moulding where he would work until his retirement in 2010.

Bill and Jane moved to The Villages in 2011 where he enjoyed an active life surrounded by great friends, the love of his wife, and golf.  Although separated by distance, he never gave up his best and favorite role, that of grandfather, or 'Papaw' as he was called, to his four grandchildren.

Husband to Jane Mischel of The Villages, FL; father to Greg Mischel and his wife Andrea of Groton, MA, Jon Mischel and his wife Colleen of Stow, MA, Megan Mischel of Tampa, FL; grandfather to Heather, Evan, Ryan, and Matty; brother to Patty Donohue of Evansville, IN, Jeannie Berry of Bradenton, FL, and Judy Rector of Owensboro, KY; preceded in death by Robert Mischel of Mission Viejo, CA and Rose Marie Savage of Minneapolis, MN.