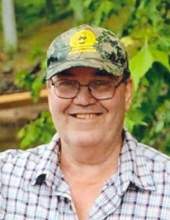 
William "Bill" Stallings, 68, of Owensboro, passed away on Tuesday, April 12, 2022 at Jewish Hospital in Louisville. He was born October 8, 1953 in Evansville, Indiana to the late Malcolm Stallings and Joan Sanders Stallings. Bill enjoyed fishing, the New York Yankees and UK basketball.

In addition to his parents, he was preceded in death by his wife, Jennifer "Jenny" Stallings.

Funeral services will be at 11 a.m. on Wednesday in the chapel at James H. Davis Funeral Home & Crematory. Private family burial will follow in Elmwood Cemetery. Visitation is from 4 to 7 p.m. on Tuesday and after 10 a.m. on Wednesday at the funeral home.