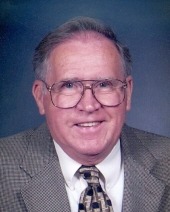 Woodson "Woody" Edge McRoy, 91, of Owensboro, was called home to be with his Lord and Savior on November 19, 2022. Woody was born on July 7,1931 to the late Herbert and Hallie McRoy in Muhlenberg County.

He graduated from Bremen High School in 1949. He served two years in the Army during the Korean War. It was around that time that he started writing letters to a sweet lady named Beverly Pate. She became his wife soon after, and they shared a lifetime of love and memories and would have been married 67 years on December 3rd.

Woody had been employed in insurance, finance, the furniture business, and retired from Wal-Mart photo lab. Woody enjoyed working in his garden, attending KWC basketball games, raising rabbits, collecting case knives, and we can't forget his recent love for little red trucks. He loved Southern Gospel Quartets and enjoyed singing for many years at Harvest Baptist Temple, where he has been a member for many years. But one of the things he enjoyed most was time spent with family and friends. When you think of Woody, you immediately think of his witty sense of humor.

In addition to his parents, Woody was preceded in death by his brothers, Leonard, Freeman, William; and his sister, Agnes Walker.

The family would like to thank Hospice of Western Kentucky for all the care, love, and support they have given our family and Woody.